a reflection during the pip transitional period

Pension contributions are eligible for tax relief based on the annual allowance (the maximum value contributed on our behalf into a pension scheme in the year) and our earned income in the year the contribution is made.

HMRC use our ‘pension input period’ to manage our compliance and eligibility to make contributions and also for tax relief.

Until recently we could choose how long each pension input period ran for and when it ended.

On 8th July 2015 the Chancellor announced that from the beginning of the tax year 2016/17 (6th April 2016) that all pension input periods would coincide with the personal tax year and run from 6th April to 5th April annually.

As part of the transitional process the Chancellor announced that all pension input periods would be reset the following day (9th July 2015) and would last until 5th April 2016 to facilitate the new regime.

Not for most people, but the new rules made provision to protect anything contributed into a pension from retrospective tax penalties yet still allowed a full annual allowance of £40,000 for the remaining mini transitional period, thus anyone who had contributed upto £40,000 from the beginning of their old pension input period upto the 8th July can contribute a further £40,000 upto the 5th April 2016

One of the other key changes announced was the tapering of the annual allowance, also from 6th April 2016 onwards.

This is problematic for some earners who will need to make assumptions about the amount of taxable income they will enjoy over the tax year in order to determine which band of annual allowance they will fall into. Get those assumptions wrong and they may find that they’ve not maximised their funding or find that they face a hefty tax bill for contributing too much to a pension scheme.

It should not be forgotten that even if an employer pays contributions on the member’s behalf these are included in the annual allowance calculation and could take them over, causing a charge despite the fact they have not personally received any tax relief on the contribution.

The dilemma increases for variable pay members of final salary schemes who cannot opt out and then opt back in once they have worked out if they are going to get an annual allowance charge.

The likelihood is that such changes will bring back the frantic fenzy of the tax year end for the pensions industry as scheme members frantically try to get accurate last minute contributions processed by providers that have little hope of being able to cope with a huge influx of time-critical as-hoc contributions.

Carry forward can also add to the complexities because, although you can carry forward any unused annual allowance from the previous three years, you must have earnings to support the tax relief clamed in the year in which the contributions are actually paid. You cannot carry forward unused tax relief from previous years.

Unless a “genuine error” – such as a bank paying the contribution to the pension scheme by accident it is not possible for a pension scheme to just send the money back. If the client was misadvised to pay the contribution by a professional such as an accountant, it was still paid deliberately and would be an unauthorised member payment should it be refunded by the scheme. 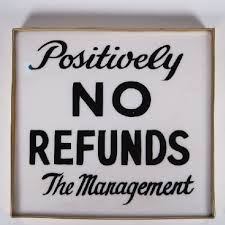 Should contributions be paid that are in excess of the member’s net relevant earnings then it is possible to make a refund to the member. However, it is not the same as unwinding the contribution. The original amount paid and any tax relief reclaimed will be set against the annual allowance, so may use up allowances that would have been available for carry forward in the future or use up previous carry forward. It is possible it could even cause a tax charge if the annual allowance is exceeded. It is worth remembering, however, that you do have six years in which to request a refund of excess contributions.